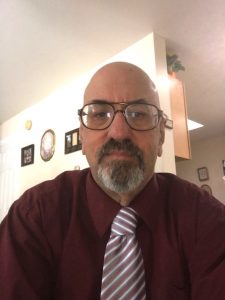 Rev. J Steven Reynolds has served as an ordained pastor in the American Baptist Churches for over 40 years and has had a wide variety of experiences in a number of church contexts.  Prior to his ordination,  he served in a large church in downtown Boston at the historic Park Street Church.  It was there, he made a personal commitment to Jesus Christ and also received his call into pastoral ministry.  While at Park Street Church, he served in a number of leadership positions including Young Adults and Junior High.  Also prior to his ordination, during his seminary days, he served as the Assistant Pastor of the First Baptist Church of Revere, MA which was a working class inner city church.

Rev. Reynolds currently attends Memorial Park Baptist Church in Vestal, NY and has served as a church moderator as well as a number of other church responsibilities. He also preaches at a number of churches doing pulpit supply when a pastor is not available.

Rev. Reynolds, in addition to his formal education ( Masters of Divinity from Gordon-Conwell Theological Seminary), is certified as a Church Consultant through the Society for Church Consulting. He has also received training at the Billy Graham School of Evangelism, the Church Growth Academy, as well as extensive training in Intentional Interim Ministry. In addition, Rev. Reynolds has served in a number of capacities including volunteer work as a chaplain at area hospitals, the Red Cross, short term mission work in the Dominican Republic and Puerto Rico, disaster relief, as well as being involved with evangelistic campaigns with the Billy Graham Association. He has also served in a number of capacities with the American Baptist Churches of New York State. In his denominational work, he has: 1) served as a workshop and retreat speaker with the American Baptist Men, 2) served as a member of the Regional Enhancement Team in assisting churches in pastoral placement, 3) served as an instructor in a number of lay study courses, 4) served in a number of other boards and committees within the denomination.

Rev. Reynolds is married to the former Marilyn Brett and has two grown daughters, Christina and Cynthia.  He also has three grandchildren, Alicia, Natalie and Josiah.  Among his hobbies include sports, traveling and collecting Contemporary Christian music.